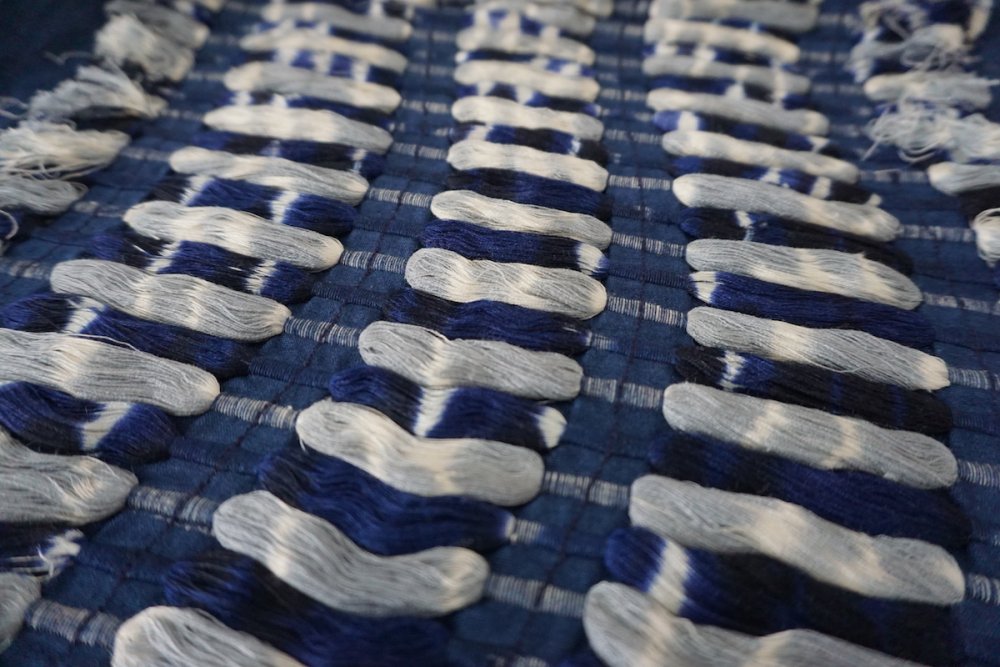 The collection of clothing and textiles developed by French designer Cathy Amouroux in collaboration with Ereena’s Indian workshops, specialists in “eri” silk, can be discovered exclusively at Made in Town.

Under the impetus of Made in Town

Ereena, a responsible textile brand founded in 2013 by Jyoti Reddy, masters all the stages of production of this local silk, from worm breeding to weaving, spinning and dyeing. Originally from northeastern India, at the foot of the Himalayas, the eri silk takes its name from the castor leaves on which the caterpillars feed (“erinda” in Hindi). The particularity of this still little known material, beyond its multiple properties of softness, isothermicity, satin aspect, ease of care and dyeing, is that its manufacturing process respects both the animal species – the production of classic silk involves boiling cocoons and therefore killing silkworms, which is not the case with silk – and the environment because it requires very little water and no chemical agents.

Wishing to challenge her company’s know-how to the outside view of a designer, Ereena invited Cathy Amouroux to work in its studio in Hyderabad, on the border between North and South India. During three weeks of immersion in several workshops across the country, Cathy was able to discover and familiarize herself with traditional Indian weaving techniques, whose extreme meticulousness and richness never ceased to amaze her, and to confront them with European techniques such as jacquard weaving. In a constant dialogue with four hands, and sometimes even more, they explored the possibilities of ikat, a weaving process made from patterns directly coloured on the warp yarns, and jamdani, similar to brocade, which enables to create patterns placed by adding floating weft yarns as the fabric is woven on the loom. From this experimental collaboration was born a collection of original textiles that play on volumes and relief effects – notably by combining yarns of different thicknesses or woven and non-woven parts looking like furs – and is enhanced by a collection of clothing designed by Cathy Amouroux, made in Paris.

With this exhibition Made in Town wishes to highlight the fruit of collaborations whose aim is to encourage the reinvention of traditional know-how in order to enable the producers to meet the needs of contemporary creation and to multiply the opportunities for new markets. Like the line of natural indigo clothing and accessories co-produced under the impetus of Made in Town by designer Anaïs Guéry and Bangladeshi workshop Living Blue in 2016 (http://www.made-in-town.com/fr/magazine/1-vetements/257-l-indigo-en-haute-teinture-la-nature-de-la-couleur-), the alliance between Cathy Amouroux and Ereena once again illustrates the importance of strengthening proximity, dialogue and research between designers and producers in order to highlight the technical inventiveness capacity complementary to creative expression.

A double language that Cathy particularly masters because of her training in textile design, which has led her to work for major names in fashion, and because of her irrepressible desire to constantly explore new technical processes or new materials. It is this fascination for manufacturing and know-how that led her to undertake in 2015 a 15-month learning trip to the four corners of the globe, a project called Wear You From, to meet many craftsmen – weavers, embroiderers, markers, goldsmiths… – with whom she has carried out experiments on textiles, leather, wood, metal and ceramics.

Although the globetrotter eventually anchored in Paris where she is developing in her studio as a freelance designer patterns and surfaces that can be used by fashion, textile and interior design companies, the opportunity to add a new country to her already well-filled logbook could not be passed and the collaboration with Ereena is a new chapter in her exploration of textile techniques.

Based on the many possibilities offered by this unique material and the immense variety of colours and patterns characteristic of the know-how in ikat and jamdani weaving, Cathy has reinterpreted these traditional techniques and given them a new dimension. Made in Hyderabad and Paris, strongly influenced by Indian culture, the clothing and textile collections she presents exclusively at Made in Town are the result of a successful blend and a beautiful human adventure.